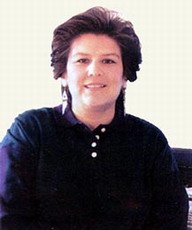 Visit website
Alice Gomez grew up in San Antonio, Texas, a city rich in cultural diversity, playing the drums in her father's Latin dance band. Gomez served as Composer-in-Residence with the award-winning San Antonio Symphony from 1993-96, creating new works to unite the symphony with the largely Hispanic community of San Antonio. She has also received several ASCAP Composer's Awards. Ms. Gomez is an Associate Professor of Music at San Antonio Community College where she teaches American Music History, Composition, Improvisation, Percussion Performance, and directs and arranges music for the Latin jazz ensemble. As a percussionist, she has performed professionally with a variety of musical groups including the San Antonio Early Music Ensemble, San Quilmas Consort, San Antonio Symphony, and is a sought-after marimba and steel drum player in the area. In addition to performing, she has lectured at many national conferences, and at several schools and universities throughout the United States.
Her music is featured on several recordings on San Antonio's Talking Taco and Iago labels, Crystal Records, and Silver Wave Records.
Back to all composers