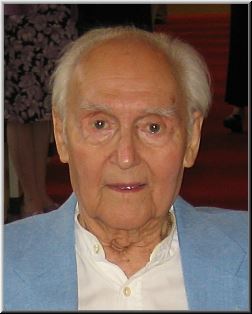 Louis Moyse was born in Scheveningen, Netherlands during one of his father's tours. His first flute teachers were his father and Philippe Gaubert. Louis Moyse was a member of the successful Moyse Trio where his father played flute, Louis played piano and his former wife, Blanche Honegger Moyse, violin.

Louis Moyse also taught for 27 years at Marlboro College, and was professor at Boston University and the University of Toronto. He continued giving private lessons in Westport, New York while touring with his wife Janet White Moyse, of 33 years, around the world and the United States. They later moved to Montpelier, Vermont, for the last nine years of his life. He also gave semiannual master classes and concerts in his hometown, St.-Amour, France, until 2004.[3]

He is considered by some to be one of the most prolific producers of flute music worldwide, which has been published by G. Schirmer, Southern Music, Theodore Presser, McGinnis & Marx, E. Henry David Music Publishers, Leduc (France) and Zen-On (Japan). Works for Flute and Piano by Louis Moyse (CRI 888), performed by flutist Karen Kevra and pianist Paul Orgel, received a Grammy nomination in 2003.
Back to all composers