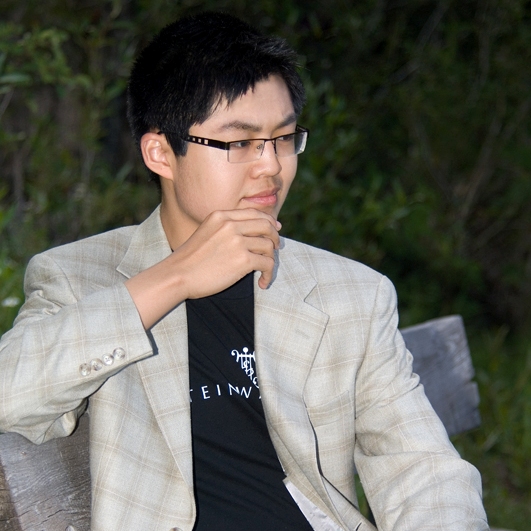 Born in 1992, Chinese musician Peng-Peng Gong (龚天鹏) showed remarkable talent in music from a very early age, playing tunes by ear at the age of two. He began formal piano studies with Professor Ye Hui-Fang (1930~2010) at age five. Giving his first public solo recital at age eight, he was accepted to Shanghai Music Conservatory Primary School, where he immediately won the China National Youth Piano Competition in 2002. He auditioned for Juilliard’s Pre-College at age 9 and was accepted on the spot. Signed to the prestigious ICM Artists (now Opus 3) at age 14 in 2007, he has accepted numerous solo and concerto engagements with major venues and orchestras throughout the world.

In 2009, the 16-year-old became the youngest composer to be signed by Lauren Keiser Music Publishing after winning six consecutive years of ASCAP Annual Awards for Young Composers. His Piano Concerto No. 3 has been awarded a China State Prize for Excellent Orchestral Music and received its second performance by the Shanghai Philharmonic in an entire program of Gong’s orchestral works with the composer as soloist. He received his Bachelors of Music Degree from Juilliard in 2014 and his instructors have included Yoheved Kaplinsky, Andrew Thomas, and Samuel Adler. He is the only undergraduate in the history of the Juilliard School to have all of his scores purchased and displayed in their library. As of 2014, he is Artist-in-Residence at the Shanghai Philharmonic Orchestra.
Back to all composers