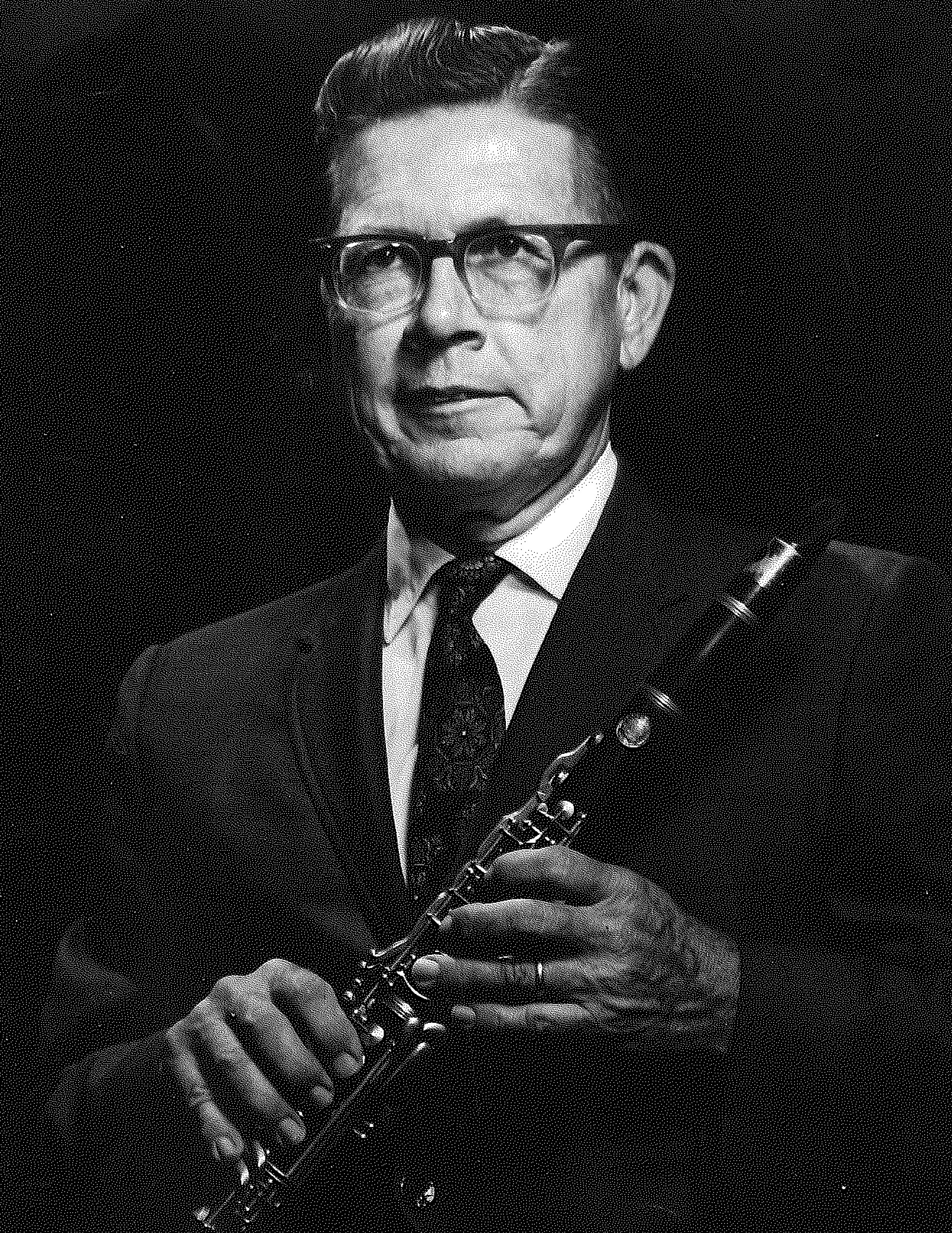 William Earl Rhoads, American composer, music educator, conductor and clarinetist, was born in Harvey, Illinois, on August 5, 1918. He received his Bachelor and Master of Music Education degrees at the University of Michigan in Ann Arbor. During WW II, he joined the army, serving in the U.S. Signal Corps. After discharge, he married Roberta Fleck, and they had three children. Rhoads was appointed director of instrumental music and harmonic orchestra in the public schools at Alamogordo, New Mexico. In 1953, the family moved from there to Albuquerque, New Mexico, where he assumed the directorship of bands and taught clarinet at the University of New Mexico. He was appointed Chairman of U.N.M.’s Department of Music in 1973 until his retirement in 1977. He was frequently in demand as a guest conductor and clinician and worked as a juror at band competitions in the U.S. and Canada.

In addition to publishing about 100 of his own works for harmonics orchestra, orchestra, and blazers ensemble, he wrote pedagogical music for clarinet from beginners to advanced college levels, as well as a large number of editions of classical music for harmonic orchestra. His compositions often show a Latin influence, as witness the rhythms of his bossa novas and beguines, and the Spanish titles of some of his works, but he was also fond of writing and arranging European folk music. The U.N.M. Fine Arts Library contains a number of Rhoads’ manuscripts and many excellent recordings of U.N.M. ensembles playing his compositions. After Mr. Rhoads’ death on March 13, 1990, Mrs. Rhoads donated his personal collection of published works to the Albuquerque Academy.
Back to all composers