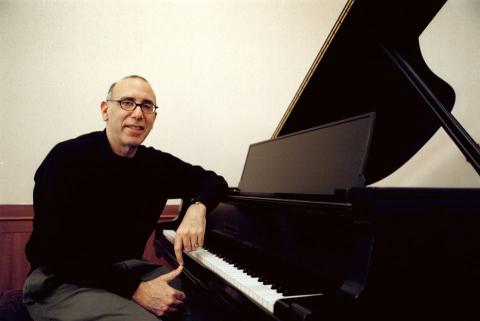 David Schiff has received a commission for a new clarinet concerto from Chamber Music Northwest and its director, clarinetist David Shifrin.  Written in the style of a Baroque aria, it will premiere this July 6th at the Chamber Music Northwest Festival in Portland. Contemporaneously, the composer’s retirement from Reed College was celebrated over the course of a three-concert retrospective of his music held in his honor this Spring.  Described by Schiff as, “a combination of pieces I wanted to hear again and people I wanted to work with again,” the concert series puts a brilliant capstone on the career of Oregon’s best-known composer.

This new concerto, his decades-long relationship with David Shifrin and Chamber Music Northwest, and his recent retirement from 38 years of teaching at Reed College is covered in an April 2019 Article from The Oregonian, as well as in Oregon Artswatch.

The first of three retrospective concerts, called "Tonight We Improvise!", featured Schiff's work written in response to the 9/11 terrorist attacks, Singing in the Dark. The second, which occurred April 23rd, was titled “Love Songs,” featurin Peace for Chorus, Flute and Strings and  All About Love.  The final concert, which was co-presented by Chamber Music Northwest on April 25th, included Vashti or “The Whole Megillah”, Scenes from Adolescence, and Divertimento from Gimpel the Fool, and it was appropriately called “Shifrin and Friends Play Schiff.”

GRAMMY®-nominated jazz violinist Regina Carter revisited David Schiff’s Four Sisters, after premiering the piece with the Detroit Symphony Orchestra in 2004.  This performance took place with the Chicago Sinfonietta under the baton of Mei-Ann Chen on May 11th and 13th. Read the Chicago Tribune review.