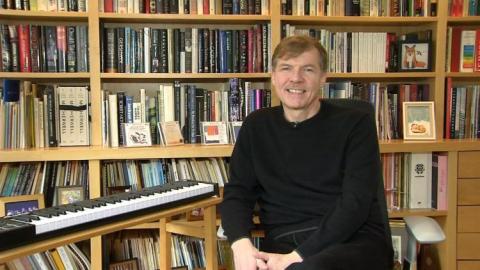 About this his 4th Grammy nomination, Kenneth Fuchs says, "I'm pleased that it got nominated for Classical Compendium, since that really is a nomination for everyone involved with it."

The album, consisting of three separate concertante works and one for voice and orchestra (Poems of Life), performed by the London Symphony Orchestra, was released August 10 of 2018 on the NAXOS American Classics label, the fifth CD collaboration between Fuchs and the London Symphony.  Those sharing the Grammy nomination include the conductor JoAnn Falletta (a classmate of Fuchs' at the Juilliard School in New York in the 1970s) and the soloists: D.J. Sparr (electric guitar), Timothy McAllister (alto saxophone), Jeffrey Biegel (piano), and Aryeh Nussbaum Cohen (countertenor).

To inquire about these or any other titles, contact Lauren Keiser Music Publishing, rental agent.