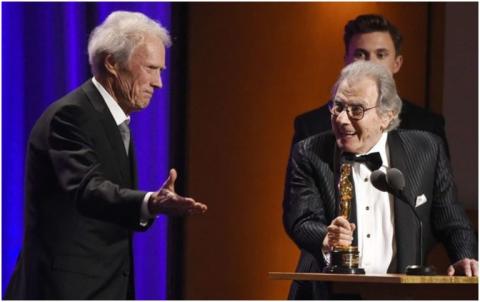 Lalo Schifrin is a true Renaissance man. As a pianist, composer and conductor, he is equally at home conducting a symphony orchestra, performing at an international jazz festival, scoring a film or television show, or creating works for the Los Angeles Chamber Orchestra, the London Philharmonic and even The Sultan of Oman. On November 18, 2018, The Academy of Motion Picture Arts and Sciences awarded composer Lalo Schifrin with an Honorary Oscar for lifetime achievement. The honor recognizes Schifrin's phenomenal achievements in film and television music which the famed composer of Mission Impossible surprisingly had not received previously his legendary career. Full story here.

Lalo Schifrin, the internationally renowned composer of classical, film and television scores, in collaboration with fellow Argentinian pianist Yamaha artist Mirian Conti, produced the most comprehensive recording of his works for piano solo, including several world premières. The album's release was heralded by the Consulate General of Argentina in New York in November of 2017, under the Auspices of Yamaha Artist Services with a reception in honor of Schifrin's music. This exclusive publication makes all the works from this landmark recording available to pianists worldwide, and includes a unique arrangement of the famous theme to Mission: Impossible by the composer himself.