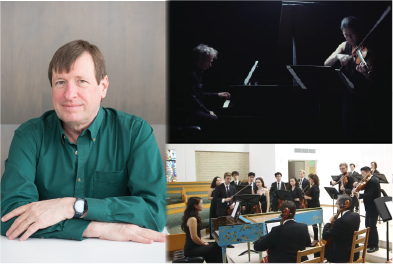 Stephen Hartke’s cello concerto, Da Pacem, will be performed at Aspen Music Festival on July 17 under the baton of Robert Spano. The work is enjoying its second performance in its opening year. Hartke’s music is featured on several concert programs in the 2019 and 2020 seasons, including his double-GRAMMY® winning composition, Meanwhile. Video, performances and recent publications in this issue.

4    Stephen Hartke - Wulfstan at the Millennium